Oz is a very skilled electronic technician that works repairing old arcade consoles, and that rather loose himself in the screens and circuitry at the repair shop where he works instead of interacting with other members of the human species. Learning that the shop will be shut down soon due “Times change and nobody wants arcades anymore” Oz decides to have a few drinks at a local bar and is approached by a very attractive girl named Tess that also is a nut for old vintage video games, starting a romantic relationship that not only could cause us a diabetic coma, but also defies the laws of logic and reality, nothing wrong there (I am old and bitter, please bear with me and keep reading).

That same night, Oz finds an old weird motherboard, and pinched by curiosity, decides to install it on a machine that he was repairing. The result is the appearance of a weird hypnotic old-style video game on the screen, that compels Oz to play, and start giving him strange hallucinations that might or might not be predicting his future and doom, while a strange apparently homeless man gets in and out of the shop like if he had the duty to ensure that the entity on the other side of the game’s images can find a way to pay us a visit.

END_OF_DOCUMENT_TOKEN_TO_BE_REPLACED

Recently played at the Fantasia International Film Festival, we had the chance to see “Tilt”, a film that brings us the story of Joseph Burns, a unemployed documentary director that once enjoyed a modest success with his first documentary, and have been trying to complete his next project ever since, getting constantly distracted by one thing or another. His wife Joanne, who has been supporting him through all this time (both morally and economically) makes him realize that now that there is a baby on the way, it might just be the time to come back to the regular workforce and put the documentary on hold.

Joseph’s mental crusade about destroying the myth of “The Golden Age in the U.S.” thru his documentary, turns into a complicated obsession when he sees than nobody seems to be even remotely interested in the theme of his project, even when someone like Donald Trump starts to place himself on the television as a candidate for the U.S. presidency, using the same myth (according to Joseph) to turn the masses to support him and his purposes…

As days goes by, Joseph tries without success to show enthusiasm for his future as a parent, and the idea of finding a stable source of income. What we see however, is that maybe as a form of retaliation for being forced into responsibilities he was not fond of, he starts to set a series of accidents where Joan gets hurt. Also with the excuse of needing to clear his thoughts for the documentary, Joseph starts to walk around the neighborhood late at nights, but in reality he is just stalking people from different social status, maybe looking for someone to unleash his anger with… or to continue something sinister that was already there and now he has decided to hide no longer…

END_OF_DOCUMENT_TOKEN_TO_BE_REPLACED 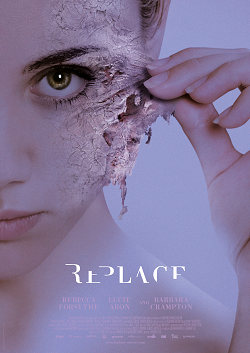 END_OF_DOCUMENT_TOKEN_TO_BE_REPLACED

Screened recently at the Fantasia Film Festival, we saw the new film from Jian Liu “Have a Nice Day” (Hao ji le) where the saying “You never know who you work for” fits like a glove in this old school-style animated film. Using the neo-noir genre, this film brings us a story of cynicism, irony and black humor with the reminder that behind any smile and compliment, there always can be an immoral, ruthless person ready to screw you over if the price is right.

In an very ordinary day, Xiao Zhang, a low level driver that works for an small criminal in a nameles city of China, decides to steal the money from a recent job, as you might guess, his boss “Uncle Liu” decides to send “Skinny”, his most effective assassin (a Rocky fan, to boot) not only to find the money, but also to use Xiao as an example to dissuade other employees from having any more bright ideas.

END_OF_DOCUMENT_TOKEN_TO_BE_REPLACED

Arriving from South Korea, via our friends at Fantasia Fest, we had the chance to see “The Wailing” (“Goksung” the original title) the third feature film from director Hong-jin Na (“The Chaser”, “The Yellow sea”). This film has been know for its long running time and for nicely presenting in its plot a clash between different religious/spiritual traditions, however, the thing that has been most talked about in the audiences and internet forums is the ending. Is it really that buzz worthy?

Let’s start with the plot: When a series of bizarre murders start occurring in a little village called Goksung, the policeman Jong-Goo, starts hearing weird rumors about a Japanese man that recently moved into a shack in the forest, and how he could be the cause of the incidents. Partly due his ineptitude and also disinterest in his work, Jong-Goo dismisses the rumors and rather go with the explanation given by the doctors that the strange behavior of the people in the village (and the murders) were caused by the ingestion of some bad hallucinogenic mushrooms.

END_OF_DOCUMENT_TOKEN_TO_BE_REPLACED

Imagine that you were told that there is a film whose true origin is unknown, and that every time it is screened, it makes the audience to loose control and turn to violence, leaving people seriously injured, or even dead when the short film has ended. If that wasn’t strange enough, it is also said that every time the film has been shown, it disappears from the projection room without a trace, only to reappear decades later and cause chaos again among those who see it .

Thanks to Fantasia Fest, we had the chance to see “La Rage du Démon” (“Fury Of The Demon”)
an interesting french documentary about a silent short film from the early years of cinema, (the titular «La Rage du Démon») and its controversial history. The documentary tries to explain the possible origins of this short film believed lost forever and even considered a myth by some people, that was actually found and exhibited in Paris in 2012 by Aaron Edgar Wallace, a serious collector of films, and also tries to explain the violent events that happened in the screening, narrated by some of the people who had the opportunity to attend.

END_OF_DOCUMENT_TOKEN_TO_BE_REPLACED

I think is safe to say that most of us have all had that awkward moment when we wake up after a night of partying with alcohol and other toxic substances without any recollection of the last 8-10 hours or even how we got to wherever place we woke up, but very few of us end up with long-term consequences or a 9-months-installments contract. In this film that is doing its runs in Fantasia Film Fest called » Antibirth » we meet Lou, a girl that really likes to party hard, never met a drug she didn’t like, and sees her life change dramatically overnight when she discovers that she might be carrying an unexpected passenger in her womb.

Before you get scared and decide to skip this movie just because you believe it will be a (more) bizarre version of “Juno” or that the film will be pushing a “Pro Choice VS Pro Life” message, I will point out that “Antibirth” is way more than that (Actually, is none of that… but I think you know what I mean). The film is actually a weird ass trippy suspense flick, where Lou (portrayed by Natasha Lyonne, of “American Pie” and TV’s “Night Visions” fame ) will not be debating about who the father of the child might be (We will leave that for some Bridget Jones lady), but instead will be wondering how in the hell she got pregnant when she had not done the horizontal mambo in months… .

Like with any other problem worth reflecting upon, Lou spends her days trying to get to the bottom of… liquor bottles, and indulging in any substance she can get to clear her thoughts (Riiiiight), still, with the help of a clearly disturbed strange woman, she uncovers a mess of secrets and conspiracies that will make the line between myth and reality become increasingly blurred. As days go by and the lump on her abdomen keeps growing in a scary accelerated rate, Luo finds herself without knowing who can she trust, or if she will be able to get out of this unlikely motherhood she had stumbled upon alive.