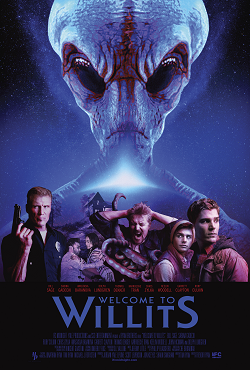 END_OF_DOCUMENT_TOKEN_TO_BE_REPLACED

Jack Thurlowe, a popular magazine editor living in Los Angeles, has to come back to his hometown to help her mother to heal after a car crash where also his father died. Soon after his arrival, his childhood friend Shanda tries to help Jack coping with his loss, since he is in an emotional block, even when he does not want to admit it, partly because he was very close to his dad, and also because he is very soon to be a father himself.

Just after a few hours of staying together we can see that the relationship between Jack and his mother, Teresa, has always been tense, and that the recent loss has left her with damages beyond the physical type, making Jack’s temperament and a repressed resentment from her to clash and create  a series of conflicts that become increasingly aggressive. The real problems however, start when in the middle of nightmares and hallucinations, Jack seems to be receiving messages from his deceased father, giving him hints that they might be secrets in his family that Jack never imagined, and that could make him question not only his apparently perfect life, but also his sanity.

END_OF_DOCUMENT_TOKEN_TO_BE_REPLACED

The same day Anna has to bury the brother she just lost to cancer, she gets the visit of three burglars that enter her home believing it to be empty. After a brief confrontation and despite to have a chance to escape, Anna finds herself unable to flee her house due a condition she suffers known as Agoraphobia (Fear to open spaces).

Seeing that her victim can’t literally leave the house, and unable to call for help, the thieves believe themselves capable of submitting Anna and make her confess the location of the loot they are looking for, not knowing that the attack has awakened another darker side of Anna and that at the same time that a family secret gets revealed, this breaking and entering will turn into a complicated cat and mouse game where everybody will put their lives at risk .