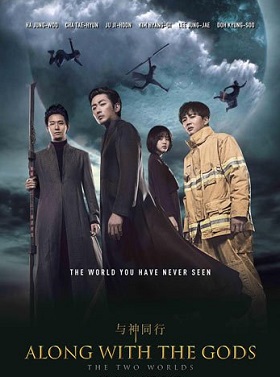 After dying saving a girl from a building on fire, Kim Ja-hong is taken by 3 guardian spirits to the realm of the afterlife, where for 49 days he will judged in 7 trials, each one in the hell corresponding to the crimes of Betrayal, Violence, Filial impiety, Murder, Indolence, Deceit and Injustice in order for Kim Ja-hong achieve a chance for reincarnation. At first the guardians are confident that Kim Ja-hong, being considered a Paragon, will pass the trials without problems, but just as the first trial concludes, the guardians start to realize that Kim Ja-hong has made some questionable choices in life, which could make his journey a lot harder than expected, and destroy the chances for the guardians themselves to

«Along with the Gods: The Two Worlds» is the first of two movies adapting the webcomic of the same name created by Joo Ho-min, and personally, I thought it was a very good film. From the get-go I would advise to not see this movie expecting an action film, but a great supernatural drama with several cool action scenes in the mix. Being that I am not an expert on Korean culture or religious philosophy, I will base my review on the story itself. 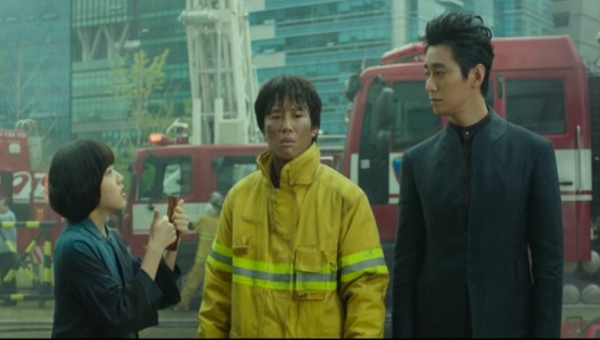 From the start I liked a lot the story and the characters, both the humans and the guardians. At first Kim Ja-hong might seem like a simple plain character, but as the movie advances we can appreciate that there is a lot more of him, and how his acts could be not always done with the best intentions, therefore making us wonder if he can be redeemed at all. I though the guardians were very well written and developed: The wise and calm Gang-rim, the cocky and impulsive Haewonmak, and the diligent (and charmingly enthusiastic) Deok-choon. The work of the main cast bringing their characters to life was great, and each one of them had their time to shine in the screen, although I felt that Deok-choon fades a little bit on the third act.

One of the problems that I think can bother some people is that the pacing feels uneven, this is in part due that the story is not just about Kim Ja-hong’s journey in the afterlife, there is also the element of some angered spirit that starts to cause a disruption on the balance between the two worlds thus Gang-rim needs to travel constantly between the land of the living and the afterlife. This subplot is also very good, and in fact has a lot of weight on the main story, since it lets us see the real impact of Kim Ja-hong’s absence in his family. Sadly the way this subplot is handled disrupts the pacing of the film and that I think is what is making some people complain about the movie, saying it drags for too long, specially if they were expecting an ACTION film, I can’t go into more details, because it would be revealing some twists that are you need to see in due time. I really don’t know how the subplot could have been handled better, therefore I just can suggest to be patient, because I know is worth your time.

The movie is visually great, and although I won’t deny that at some parts the special effects do not look good, they are very minor details, and they did not ruin the movie for me at all. I loved the design of each of the hells and the courts we are presented (even in the one we barely get a glimpse of). I liked the creatures we see on each territory and how each God was represented. This is one of those films that I regret not being able to catch on the big screen, not only for the visual aspect (that I state again that I loved) but also for the sound design and effects.

In conclusion: I highly recommend «Along with the Gods: The Two Worlds», it has a big fantasy epic drama, but also has several great action sequences, and brings a extraordinary world that made me want to know more about the folklore that represents. It has a story with something for almost everyone in the audience with very interesting characters, however, it can feel a little bit heavy after the 100 minute mark (the run time is 140 minutes). Although I was very satisfied with the third act, I felt that the last scene did not closed the film as strong as it could, because went to a place way too common, STILL… I am eager to see the next movie «Along with the Gods: The Last 49 Days».

The film will be released on Bluray Combo pack and DVD on April 10th, 2018, via Well Go USA Entertainment. The set includes a video with the introduction of the characters, a «Behind the scenes» segment and trailers for the company’s future releases. 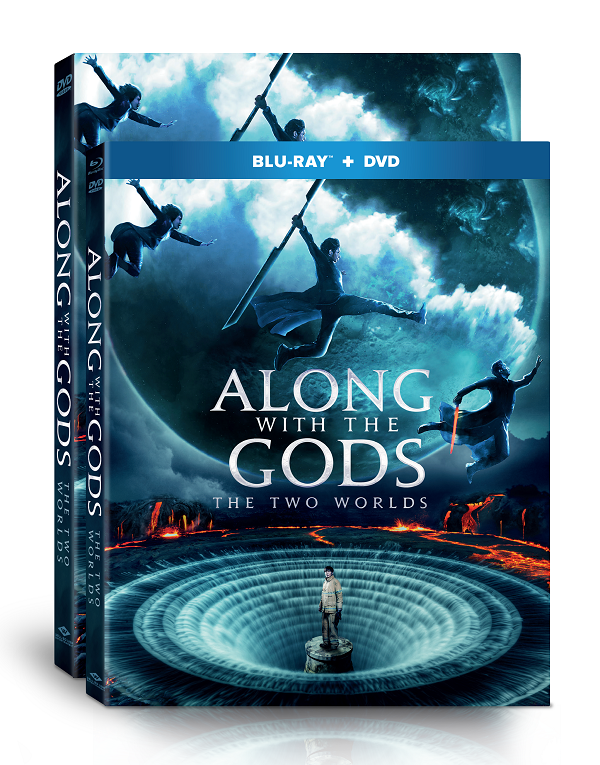